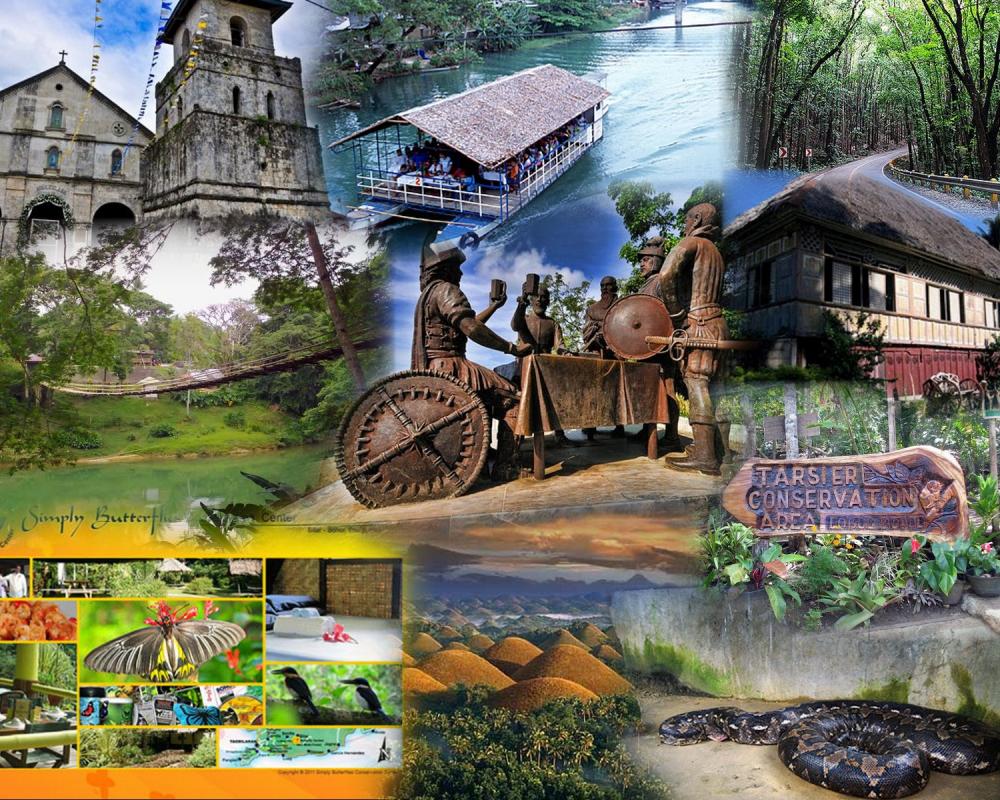 The province is a popular tourist destination with its beaches and resorts. The Chocolate Hills, numerous mounds of limestone formations, are the most popular attraction. The formations can be seen by land (climbing the highest point) or by air via ultra light airplane tours. Panglao Island, located just southwest of Tagbilaran City, is famous for its diving locations and routinely listed as one of the top ten diving locations in the world. Numerous tourist resorts dot the southern beaches and cater to divers from around the world. The Philippine tarsier, amongst the world's smallest primates, is indigenous to the island.

A narrow strait separates the island of Cebu and Bohol, and both share a common language, but the Boholanos retain a conscious distinction from the Cebuanos. Bohol's climate is generally dry, with maximum rainfall between the months of June and October. The interior is cooler than the coast.

It is the home province of Carlos P. Garcia, the eighth president of the Republic of the Philippines (1957–1961) who was born in Talibon, Bohol.

On 15 October 2013, Bohol was devastated by a 7.2 magnitude earthquake. The epicenter of the earthquake was 6 kilometers south of Sagbayan town. The earthquake, which also devastated neighboring Cebu City, claimed 156 lives and injured 374 people. It also destroyed or damaged a number of Bohol's heritage churches, including the churches of Baclayon, Loboc, Loon, Maribojoc, Loay, Dimiao, and Dauis.